New and interesting stuff for the more advanced practitioner

Dr John Habershon of Momentum Research has specialised in this area; using videos of facial expressions to help read emotions and understand how people engage with communications.

Facial Coding is used on a larger scale with systems like Affectiva, but you can get a detailed qualitative read using stills from a video camera that has focused on the respondent’s reactions.

For example, notice the brief expression of disgust that appears in the top right while this respondent is watching an ad that she says she enjoys.

If you are interested in fast intuitive System 1 reactions, this is a way in to exploring them. 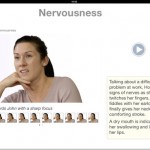 John has released an interactive book called Reading Emotions in iTunes which will be of interest not only to researchers but also people on the autistic spectrum, students of emotional intelligence – anyone who deals with others face to face.

You can test your ability to distinguish a real smile from a fake one, using this archived science test from the BBC

A COMPLETE GUIDE TO COMMERCIAL SEMIOTICS: How To Use Semiotics In Marketing To Unlock Hidden Potential Of Your Brand. from Martina Olbertova 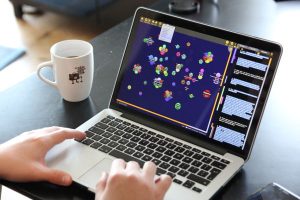 Quirkos was launched in 2014 as a fresh approach to qualitative analysis; the founder and Director being Dr Daniel Turner.

It has a live visual interface that shows themes and codes as bubbles and is definitely a step up from post its and highlighter.

In its own words,  ‘SenseMaker links micro-narratives with human sense-making to create advanced decision support, research and monitoring capability in both large and small organisations.’

It allows people to collect images, conversations, writing, both formal and informal. Using a patented method it interprets the stories into a series of abstract concepts. Unlike apps like Storify, SenseMaker requires the participants themselves to interpret their story and is based on complexity theory. It produces statistical data backed up by explanatory narrative, making it ideal for all sorts of ethnographic and community projects.

What is an Insight?

A great deck by @Umar Ghuman umarg.com, putting together perspectives from planning directors and luminaries in the business. Its great fun, and really useful, to work out your own. Are insights about Truth, Weird-Normal, Reshaping Perception or a Disturbance in the Discourse?  Find out here